The European Young Endocrine Scientists (EYES), formed in 2013, to promote research excellence, active engagement and development of early career investigators (ECIs), within Europe across all disciplines of endocrinology.

In 2019, EYES became the official early career branch of the ESE and was renamed ESE Young Endocrinologists and Scientists (EYES). 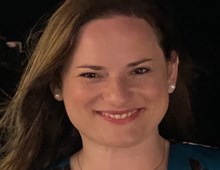 Dr. Lina Paschou obtained her PhD in Endocrinology with Honors from the Medical School of the University of Ioannina, Greece in 2010. She then worked at a post-doctoral level at the Department of Diabetes, St Bartholomew's Hospital in London and completed her training in Endocrinology at Beth Israel Deaconess Medical Center, Harvard Medical School and is a highly active researcher in the field of endocrinology and diabetes.

Currently Dr. Walter Vena works at the Unit of Endocrinology, Diabetology and Medical Andrology of the Humanitas Clinical and Research Hospital, based in Milan, Italy. His main fields of clinical research are male hypogonadism, reproductive disorders and sexual dysfunctions as well as bone metabolism disorders in the male population. 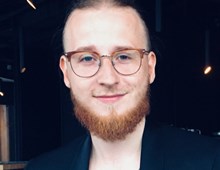 Antoan Stefan Šojat is a M.D and a PhD candidate working in the Clinic for Endocrinology, Diabetes and Metabolic Diseases in the University Clinical Centre of Serbia. His clinical and research work focuses on adrenal and reproductive endocrinology. He is also interested and involved in academic mobility and career development programs.

Juan is a postdoctoral researcher working in the Cancer Biomarkers and Translational Therapeutics teams at the Institute of Cancer Research in London, UK. During his PhD, Juan's work was based on understanding the molecular mechanisms underlying the development and progression of endocrine-related cancers, with a special interest on hormones and splicing process regulation. Juan is currently focused on developing novel therapeutic strategies to improve outcomes for men with advanced prostate cancer. 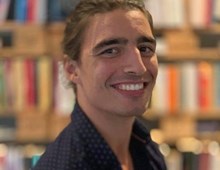 Currently, Jonathan Mertens (M.D.) is a clinical Ph.D. candidate at the University of Antwerp, Belgium, working in the Department of Endocrinology, Diabetology and Metabolism and the Hepatology Department exploring the burden of insulin resistance and non-alcoholic fatty liver disease on the cardiometabolic profile of people with type 1 diabetes. 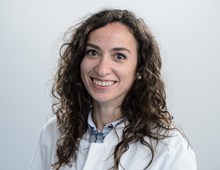 Dr. Barbara Altieri obtained her PhD with the 'Doctor Europaeus' qualification in Sciences of Nutrition, Metabolism, Ageing and Gender Pathologies from the Catholic University of Sacred Heart of Rome, Italy, in 2019. She currently works as postdoctoral researcher at the Endocrinology Department of the University Hospital of Würzburg, Germany. As translational clinician scientist, her research is focused on adrenocortical and neuroendocrine tumors.