Home > About Us > Committees > Executive Committee 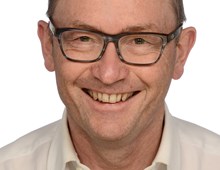 He studied medicine and graduated at the University of Cologne in 1985, defended his M.D thesis in 1986 and trained there in internal medicine and endocrinology. Early 1990, he went to the National Institutes of Health, Bethesda, USA, as postdoctoral fellow and continued his basic, molecular and clinical research training, receiving significant input by the mentorship of Prof. George Chrousos. Thereafter, he returned as clinical endocrinologist to the University of Würzburg, Germany, joining Prof. Allolio, who had started to build-up a thriving and rapidly growing endocrine department. This intense research period led to a major progress in clinical and translational research in the field of the HPA axis. Soon, the team intensively networked with leading groups in Italy, France, UK, and other parts of Europe and this research has eventually funded by the EU in the framework of the European network for the Study of Endocrine Tumors (ENSAT). Creation of ENSAT provided a seminal and fruitful basis for the continuous flow of clinically relevant discoveries and high-ranking publications. Various national and European grants followed. Between 1998 and 2004, Martin became Professor and Chief of Endocrinology at the Medical Department of the University of Freiburg. In 2004, he was appointed Professor and Chairman of the prestigious Department of Internal Medicine at the Ludwig-Maximilians-University in Munich. Martin was a member of the Executive Committee of the German Endocrine Society, the European Society of Clinical Investigation, and President of the German Endocrine Society (2014-2017). For the European Society for Endocrinology, he has served as member of the Executive Committee Member between 2010 and 2013 and was chair of the Program Organising Committee for the joint congress of the International Society of Endocrinology and European Society of Endocrinology in Florence in 2012. Martin has organised and co-organised many European and international meetings including several European Congresses of Endocrinology and specialised symposia in Cushing’s syndrome and primary aldosteronism (PIPA, IMPROCUSH). Over the years, Martin received several prestigious awards and scholarships, among others the highest scientific award of the Deutsche Gesellschaft für Endokrinologie in 1995, the Schoeller-Junkmann Award. He has been elected as member of the German Academy of Natural Scientists, Leopoldina, in 2008 (German Academy of Sciences), received the prestigious ERC Advanced Grant in 2016 (2.5 mio €), and has been awarded as Distinctive Academic Teacher at his Munich University in 2014. He has been elected as member of the Germany Research Council DFG in 2016, the major research funding body in Germany. Martin has served on several Editorial Boards (JCEM, Hormones), is reviewer of all major journals including Nature Medicine and Genetics, NEJM, Lancet, and Lancet E&D, and is ad hoc reviewer for funding agencies in Italy (AIFA, AIRC), France (ANR, INSERM), UK (BBSRC, MRC), Switzerland (SNF), Israel (GIF), and Australia (NHMRC). He has edited several books and has published more than 400 articles in major international journals, his h-index is 70. Over the last decade his clinical and basic studies have been supported by grants amounting to more than 10 Mio € from various non-profit agencies. His research topics are pituitary and adrenal diseases with a specific focus on pituitary disease, endocrine hypertension, primary aldosteronism and Cushing’s syndrome.

Mónica is Chief Department of Endocrinology and Nutrition at Hospital La Princesa, Professor of Endocrinology at Universidad Autónoma de Madrid and Head of The Endocrinology Research Group at the Institute of Biomedical Research of Hospital La Princesa, Madrid, Spain. Mónica graduated and obtained her PHD on Medicine at the Universidad Complutense de Madrid and completed her research and training in this period at the London University Hospital, Brigham Hospital and Woman-Dana Farber Cancer Institute (Harvard Medical School). She serves currently as Chief Department, Professor and Researcher of Endocrinology and Nutrition at Hospital La Princesa in Madrid. Mónica’s research has been focused over the last decades on the mechanisms related to the immune response in autoimmune thyroid diseases and clinical-molecular investigation on neuroendocrine diseases. She has published over 100 scientific articles and have been the Main Researcher over 15 National Grants and private Grants. She serves as an Editorial Board Member on Endocrine Journal. She has served as Board Member of the Endocrine Society of Madrid (SENDIMAD) and has been chair/co-chair of several Spanish and European Endocrine Meetings.

Bulent is Professor of Medicine / Endocrinology at Hacettepe University School of Medicine in Turkey. He has published over 70 original articles, reviews, and book chapters, presented at several conferences worldwide, and serves on the editorial boards of a number of journals. He is General Secretary of the Turkish Society of Endocrinology and Metabolism, and a board member of the Androgen Excess and Polycystic Ovary Syndrome Society. Bulent has received several national and international awards including the Eisenhower Fellowship for international leadership. His Fellowship focuses on relations between research, public policy and healthcare delivery for chronic diseases, specifically diabetes and obesity. Contact: byildiz@hacettepe.edu.tr, Tel: +90 31 23051707, Hacettepe University School of Medicine, Department of Internal Medicine, Division of Endocrinology and Metabolism, Hacettepe, 06100, Ankara, Turkey.

Felix is Professor of Internal Medicine / Endocrinology, and Head of the Endocrine Research Unit and Outpatient Clinic at Munich University Hospital. He completed his medical degree at the University of Würzburg and his postdoctoral studies at the University of Michigan. Felix serves on the Annual Meeting Committee of the Endocrine Society and was Vice President of the German Endocrine Society. He was a founding member and chairman of ENSAT. He has authored over 220 publications and received the European Journal of Endocrinology Prize 2013. He co-chaired the Programme Organising Committee for the 2015 European Congress of Endocrinology (ECE). Contact: felix.beuschlein@med.uni-muenchen.de. Head of the Endocrine Research Unit and Endocrine Outpatient Clinic, University Hospital, Ziemssenst. 1, D-80336, Munich, Germany.

Simona is Head of the Neuroendocrine Tumor (NET) Unit, Endocrinology & Metabolism Department, Hadassah-Hebrew University Medical Center, Jerusalem, Israel. A specialist in endocrinology and internal medicine, she completed a fellowship in Neuroendocrinology & Endocrine Oncology (2007-2008) with Professor Ashley Grossman and his team at the Endocrinology Department & William Harvey Research Institute, affiliated to Saint Bartholomew’s Hospital in London. Since her return to Israel, as a physician-researcher, Simona continued to be actively involved in the care of patients and in the research in the field. She initiated the neuroendocrine research laboratory inside Hadassah' NET Unit, recently accredited as a European Neuroendocrine Tumor Society (ENETS) Center of Excellence, under her leadership. Simona is a senior lecturer at the Hebrew University Hadassah Medical School, actively involved in student teaching (courses in endocrinology, NETs, endocrine oncology). Established as one of the foremost experts in NETs management in Israel, she is a member of the ENETS Advisory Board. She has extensively published in peer-reviewed journals and presented at national and international conferences on the topic of NETs. Dr. Glasberg is the recipient of the prestigious 2017 Lindner Prize of the Israel Endocrine Society, in recognition for her scientific achievements and contribution in the field.

Riccarda is Associate Professor of Endocrinology at the Department of Medical Sciences of the University of Turin, and Head of the Molecular and Cellular Endocrinology group within the Division of Endocrinology. Graduated in Biological Sciences, she obtained the Specialization in Medical Pathology and PhD in Medical Physiopathology at the University of Turin. From 2006 to 2017 she has been Assistant Professor in Endocrinology. She Chaired the Basic Endocrinology Course of the European Society for Endocrinology (ESE) in Turin (2009) and Co-Chaired the Programme Organizing Committee of the 19th European Congress of Endocrinology (ECE) (2017). She served as Member of the Education Committee for ESE (2012-2015) and is member of the Directory Board of the Italian Society of Endocrinology. She authored over 80 publications and held a number of lectures and presentations at international conferences. She is Associate Editor of J. Molecular Endocrinology and J. Endocrinology (for Europe/ESE), Frontiers in Endocrinology - Neuroendocrine Science and Endocrine, and editorial board member of several international journals. Her basic and translational studies are focused on the central and peripheral role of neurohormones and gastrointestinal hormones in physiology and pathology, mainly in metabolism, cardiovascular system, neurogenesis and cancer. In 2016 she won the prize of the Research Foundation of the Italian Society of Endocrinology (FoRiSIE) as best Italian scientist in basic endocrinology.

Beata Kos-Kudła: Chair of the Publishing and Communications Committee, 2017-2021

Beata Kos-Kudła: Chair of the Publishing and Communications Committee, 2017-2021

Beata is Chair of the Department of Pathophysiology and Endocrinology at the Silesia Medical University, Poland. She specialises in internal medicine, endocrinology, and nuclear medicine. She founded and chairs both the Polish Network and National Register of Neuroendocrine Tumors (NETs). She is on the Advisory Board of the European NET Society and is President-Elect of the Polish Society of Endocrinology. She has authored over 500 journal publications, textbooks and conference communications. She organises scientific congresses, is on the scientific boards of a number of medical journals and is Editor-in-Chief of the Polish Journal of Endocrinology. Contact: beatakos@ka.onet.pl, Department of Pathophysiology and Endocrinology and Division of Endocrinology, Medical University of Silesia, Katowice. 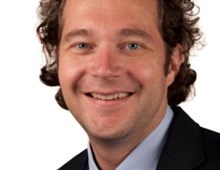 Camilla studied medicine at the University of Helsinki. She graduated in 1990, completed her Doctorate under Professor Leif Groop and started her training in internal medicine and endocrinology at Helsinki University Hospital. Camilla is currently working as Vice Chair of the Department of Endocrinology at Helsinki University Hospital. She is the author of several Finnish endocrine and medical textbooks. She has also served for many years on the board of the Finnish Endocrine Society and was the President of the Society from 2013-15. In this role, she was also engaged in the ECAS meetings of ESE. Contact: camilla.schalin-jantti@hus.fi, Tel: +358947172589, Division of Endocrinology, Department of Medicine, University of Helsinki, PL 340, Helsinki FI-00290, Finland.

Djuro is Professor of Internal Medicine and Endocrinology at the Faculty of Medicine, University of Belgrade, Serbia. He is Deputy Director of the Clinic of Endocrinology, Diabetes and Metabolic Diseases, Clinical Center of Serbia, Belgrade. Djuro is member of the 19th and 20th ECE Programme Organising Committees (Lisbon 2017 and Barcelona 2018). His fields of interest are reproductive endocrinology, metabolic endocrinology, neuroendocrinology and neuroendocrine tumours. He is the author of over 70 original articles and reviews in peer reviewed journals, and has held a number of lectures and presentations at international conferences. He is an editorial board member of several international journals. Contact: djmacut@gmail.com, Tel: +381 11 3639742, Clinic of Endocrinology, Diabetes and Metabolic Diseases, dr Subotica 13, 11000 Belgrade, Serbia. 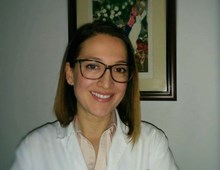 Ljiljana Marina: Ex-Officio member as the Co-Chair of the EYES Commitee 2019-2023

Ljiljana Marina: Ex-Officio member as the Co-Chair of the EYES Commitee 2019-2023

Sherwin Criseno: Ex-Officio member as the Chair of the ESE Nurse Working Group, 2019-2023

Sherwin Criseno: Ex-Officio member as the Chair of the ESE Nurse Working Group, 2019-2023

Sherwin is an Advanced Nurse Practitioner in Endocrinology in one of the leading Tertiary Endocrine Centres in the UK . He leads the largest team of Specialist Nurses in Endocrinology in the UK. He is an active member of the Society for Endocrinology Peer Review Working Group, the UK Pituitary Foundation Medical Committee, the European Society for Endocrinology Clinical Committee and the incoming Chair of the European Society for Endocrinology Nurses Working Group. He has special interest in pituitary disorders, adrenal disorders, growth hormone, metabolic bone disorders, long-term effects of cancer treatment and male fertility. Sherwin has published on peer-review journals and presented nationally and internationally at various scientific and educational meetings. His current research focus is on primary hyperparathyroidism, osteoporosis and vitamin D. Contact: Sherwin.criseno@uhb.nhs.uk, Endocrinology Department, Queen Elizabeth Hospital Birmingham, Mindelsohn Way, Edgbaston, Birmingham, B15 2GW.