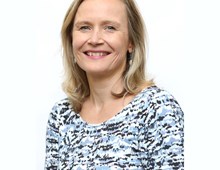 I have worked with ESE since its launch as an individual membership society in 2006, and since March 2016 as its Chief Executive Officer. In my role I have responsibility, in partnership with the ESE Executive Committee and the ESE Team, to progress ESE’s development and deliver on its vision and objectives. Together we aim to make a real positive difference to the world of endocrinology, and to support our members and the endocrine community to improve health and treatments through endocrine science. I am always pleased to be contacted with thoughts and feedback on helen.gregson@ese-hormones.org.

As the Director of Strategic Partnerships, my key objective is to support ESE in its ambitions to advance endocrinology and the interests of its members and the patients it stands for. In my function the interaction and collaboration with internal and external stakeholders is a key element in developing and generating support for our offering to our members and stakeholders. This support also includes building a solid and sustainable financial basis that allows ESE to grow and fulfill its educational and clinical strategies and projects. I can be contacted at dirk.de-rijdt@ese-hormones.org for all your ideas and suggestions. 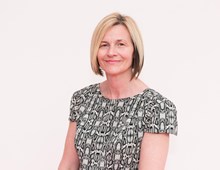 I have been working with ESE since their launch in 2006. In this time, I have been involved in all activities of the Society, from committee formation and management, membership activities, overview of the congress and training courses, communications including the website, newsletters and email alerts. This experience has provided a solid foundation which now enables me to provide the effective delivery of governance, financial management and procedures for the Society.

In my role as Scientific Programmes Manager my key responsibilities encompass a wide range of projects and roles which facilitate the society’s clinical, educational and research activities. I work closely with the ESE committees, managing the projects and programmes undertaken; along with developing the scientific educational events and supporting the production of clinical guidelines. I welcome any comments or interest in our Scientific programmes and can be contacted on vicki.di-guisto@ese-hormones.org

My key role is to ensure that all ESE's marketing and communications activities are cohesive and focused as well as support and enhance the Society's mission, objectives and activities for both our members and stakeholders as well as the overall area of endocrinology. I also hold responsibility for managing the individual memberships of the Society. I have a wealth of experience in the area of charity, association and life sciences conferences and marketing (Chartered Marketer - MCIM). I am a New Zealand national, based in Scotland. I welcome your thoughts, comments and ideas around how we can enhance our marketing and membership activities – please contact me at victoria.withy@ese-hormones.org 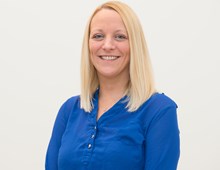 As ESE Event Manager I look after a range of activities associated with running ESE events including; registration, speakers and programmes, abstracts/cases, websites and marketing, event budgets, travel and everything in between to ensure each event is running to schedule. I have worked with ESE since 2011 on the congress. I now work directly with ESE to manage the other ESE events including the Post-graduate training courses, EuroPit, Summer School, PARAT, ESE Clinical Update, and more recently the ESE Talks webinar series, and turning the ESE events digital. 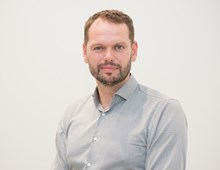 As EU Liaison Officer I support ESE in further developing their profile at the EU level and shaping their input to the political debate around issues relevant for the ESE Community while extending the ESE (political) network at the European and Global level. Another key aspect of my work is informing the ESE Community about the many existing EU Funding Opportunities out there. If you would like to exchange views on the role Public Affairs should play within ESE or have any other questions or comments on this subject, do not hesitate to contact me at mischa.vaneimeren@ese-hormones.org. 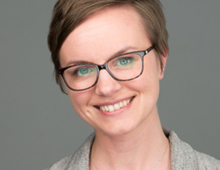 In my role as Scientific Programmes Project Manager I support the educational, research and patient advocacy projects of ESE, with a focus on ESE Council of Affiliated Societies (ECAS) activities. I work closely with ESE Scientific Programmes Manager to support the projects of ESE committees and the educational events. If you have any comments or questions with regards to the scientific projects, don’t hesitate to contact me at: magdalena.klimontowska@ese-hormones.org. As Senior Marketing Executive I support the planning, coordination and delivery of ESE’s marketing, communications and membership engagement activities in line with ESE’s strategy. I am a CIM qualified marketer with diverse experience across a variety of sectors. My responsibilities cover implementing membership marketing plans, event marketing, publications, committees and communities support, website, social media and digital communications. I am based in Surrey, having previously lived in the Netherlands for a few years. I can be contacted on janice.clay@ese-hormones.org and would welcome any ideas and feedback about our marketing and membership activities. 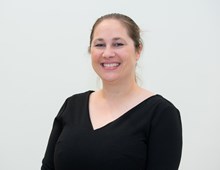 After graduating from university, I worked for AstraZeneca, initially as part of the internal conferencing team and then, after a few years, moving to work within the Operations Communications Team, dealing with both internal and external communications. Four years later, in 2011, I took a 12 month career break, after which I worked part time at a Multiple Sclerosis Therapy Centre heading up their Oxygen Therapy department, alongside some freelance communications work. In 2018 I joined Bioscientifica as Sponsorship and Exhibition Manager, where I began working alongside ESE and its sponsors and corporate partners to deliver the European Congress of Endocrinology, as well as working with multiple other societies to deliver their annual meetings. After four years with Bioscientifica, I am very excited to be moving to focus fully on ESE and its future strategy and partnerships!