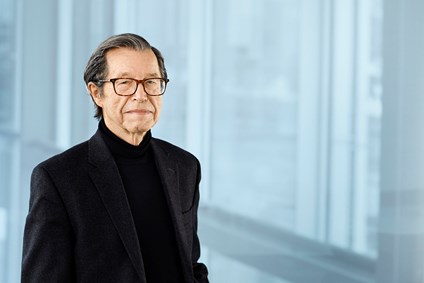 Professor Niels Skakkebaek, from the University of Copenhagen, is our 2021 European Hormone Medal winner! His research focuses on testicular cancer and endocrine disruptors and he will be presenting his medal lecture, “Is Human Reproductive Health Sustainable in the 21st Century?” at e-ECE 2021, on 22 May, at 18:00-18:30 CEST. Read our interview with him ahead of his lecture to find out more about his research and career. Find out more about e-ECE 2021 and register today.

Can you tell us a little about your current position and research?

I received a financial award from the Danish Cancer Society in 1990 to start a new clinical research department, Growth and Reproduction, at Rigshospitalet and the University of Copenhagen. I specialise in paediatric endocrinology and andrology, and after retiring as Chief of Department in 2006, I have continued working there as a Senior Researcher and Professor, with a focus on testicular development and disorders in boys and men.

Tell us about the major findings in your career and what you are most proud of?

There have been a few major findings in my career that I would like to highlight:

I am particularly proud of all the young scientists who I collaborate with on these important research projects. Many of them are now in leading university and hospital positions in Denmark and other countries.

What more specifically are you presenting during your lecture at e-ECE 2021?

I shall present fascinating data showing my concern about current trends in male reproductive health, including decreasing semen quality and increasing incidences in testicular cancer among young men. I will present the hypothesis that the declining and non-sustainable fertility rates in industrialised countries, may be linked to symptoms of decreasing male reproductive health. In addition, I will also discuss the idea that fertility problems and climate change may be two sides of the same coin.

What do you think are the biggest challenges in your area right now?

What do you think will be the next major breakthrough in your field?

We really need more research on the impact of environmental endocrine disrupters on human infertility. Media and sometimes even scientific literature may claim that the trends in low fertility rates and birth rates are only due to socio-economic factors. However, we need thorough studies on infertility to determine whether low birth rates are mainly due to voluntary factors, or if they are caused by poor reproductive health. There is a great need for transdisciplinary studies between medical researchers in andrology, gynaecology, biology, molecular biology, chemistry and socioeconomic disciplines. If endocrine disrupters from fossil fuels are the causes of declining fertility in industrialised countries, we should see improvement in reproductive health as we fight climate change and reduce our consumption of coal, oil and gas.

Who do you most admire most and why?

I have been fortunate to ‘stand on the shoulder of giants.’ One of those was Professor Yves Clermont, from McGill University in Montreal, who taught me human spermatogenesis. Without learning his system for human spermatogenesis, including classification of spermatogonia, I would probably have missed the discovery of GCNIS in infertile men.

Any words of wisdom for aspiring endocrinologists?

If you find surprising, reproducible results and trust your data and methods, but colleagues and scientific journals still turn it down, do not give up. When I detected the abnormal germ cells in two infertile men, which is now known as germ cell neoplasia in situ, and sent my first observations to an endocrine journal, they turned it down. However, because of my training with Clermont, I trusted my results and continued my research. I found that both patients developed testicular cancer and, a few months later, Lancet quickly published my findings. This eventually resulted in a new paradigm in the classification of testicular germ cell cancer.

You can hear Professor Niels Skakkebaek’s lecture, “Is Human Reproductive Health Sustainable in the 21st Century?” on Saturday 22 May, at 18:00-18:30 CEST. Find out more about e-ECE 2021 and register today.